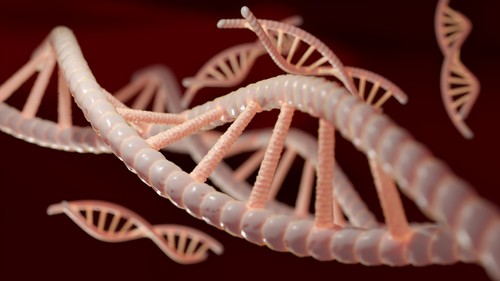 Conducting a DNA test while pregnant, whether it be for fetal gender prediction or paternity testing, has become an invaluable testing procedure for countless expectant mothers as a non-invasive solution, helping keep themselves and their soon-to-be child out of harm’s way.

Invasive alternatives such as chorionic villus sampling or amniocentesis are burdened by a higher propensity towards miscarriage – an imperfect solution.

An article by De los Santos (2018) published in the Journal of Medical Diagnostic Methods sought to shed light on the efficacy of two non-invasive prenatal gender predictive techniques: PCR and ultrasonography. Before deconstructing the results gathered, let’s go over the fundamental differences between the two respective techiques:

How PCR Is Used For Prenatal Gender Prediction

Real time PCR analytical techniques are built on the foundation of targeting both single and multi-copy genes, known as SRY and TSPY respectively, from the Y-chromosome in maternal DNA (typically gathered via blood sampling). By way of amplifying these fragments in the lab, they become a replicable, accurate (~100%), and safe means of identifying the sex of a fetus early on in the gestation period.

How Ultrasonography Is Used For Prenatal Gender Prediction

The act of sonography occurs later in the gestational period (~12 weeks) as opposed to a PCR DNA test while pregnant (7 – 12 weeks). The reason behind this stems from the observational nature of sonography - it can only be performed once the fetus has fully developed external genitalia.

PCR vs. Ultrasonography: The Results

Not only could fetal sex be determined approximately twice as early during gestation for PCR as opposed to ultrasonography, PCR scored >30% higher than ultrasonography in correctly predicting the sex of the fetus when it was female (97% and 61% respectively).

De los Santos (2018) also observed how male fetuses were subject to greater risk of misclassification from ultrasonography; similar conclusions, however, were not drawn when extrapolating the data of a PCR DNA test while pregnant – falling in line with much of the existing literature and meta-analyses that have been published.