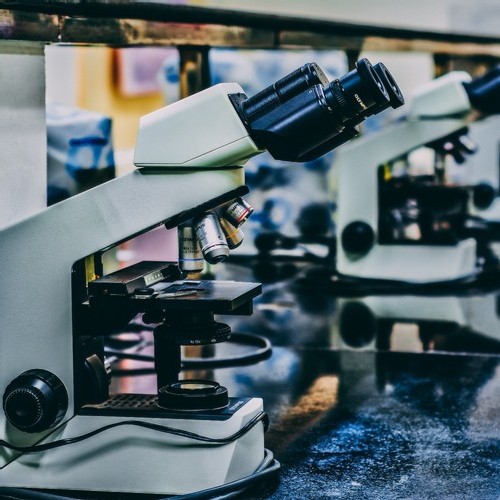 Dr. Melekhovets is a well-known geneticist and the director at a number of reputable DNA-testing enterprises located in the GTA. Testing includes everything from non-invasive prenatal paternity tests, infidelity tests, and even genetically testing the DNA of unknown animals that terrorize the pets in the north easternmost state of Maine.

In 2006, HealthGene made national headlines for their role in determining the species of a notorious mystery beast that roamed the streets of Maine at night – targeting resident’s pet dogs, cats, and other small animals.

Media outlets such as the CBC, the Globe and Mail, and even Fox News covered the story – all referring the unknown animals as the “Maine Mystery Beast”.

The mystery beast was described as having a “warthog-style snout, beady eyes, blue lips and a habit of ripping apart local dogs”.

It wasn’t until the super beast was hit by a car and found at the side of the road that people were able to definitively tell that the beast in question did not resemble a recognizable animal species.

The question remained – what animal was it exactly?

Luckily the team at HealthGene were able to test DNA extracted from the paw of the animal.

Dr. Melekhovets, the laboratory director of HealthGene stated “We are testing for potential DNA in this animal, like dog, wolf, fox, human…”

In just a few days Dr. Melekhovets and his team deciphered the genetic makeup of the super beast – determining the beast was nothing more than just (a really ugly), feral dog. The tests suggested that the feral dog’s lineage most likely included a chow – which would explain the blue lips.

“Not a good-looking animal… but it was a dog”, explained Dr. Melekhovets.

Dr. Melekhovets explained that the business of genetically testing the DNA of animals is a lucrative one. DNA testing can determine if the genetic make-up of prize-winning animals truly do have a 100% pure bred lineage. Dr. Yuri has even appeared at a number of trials in which the owners of award-winning show dogs challenge their dog’s pedigree.

The demand for private forensic-style DNA-testing services is not new. With more and more people becoming interested in determining anything from their own ancestry, to their pet’s ancestry, to familial issues and infidelity – genetic testing services are available to provide clear-cut answers to those questions.

One such example is the Prenatal Genetics Laboratory – another Toronto-based genetic testing lab headed by Dr. Melekhovets. The center specializes in providing non-invasive prenatal paternity tests, and baby gender testing for soon-to-be mothers.

Whether it’s animal DNA testing, non-invasive prenatal paternity testing, or forensic-style testing to answer questions surrounding infidelity – opting for DNA-testing will give you a clear answer to any questions you may have. Even if it’s the answer you want to hear least.