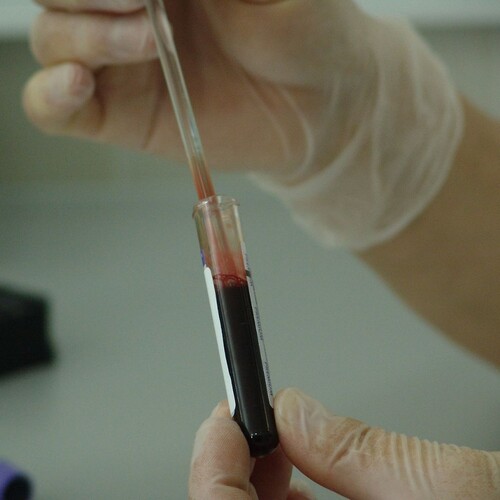 During pregnancy, expectant parents undertake a lot of prenatal tests such as a blood test to determine gender, a test to check for genetic abnormalities or perhaps even a prenatal paternity test in some cases. The bottom line is that non-invasive prenatal tests have become the norm for most expectant couples. However, what many might not know, is that there is a strong correlation between the gender of the unborn child and the genetic disorders they might inherit. To support this correlation, here’s a look at the major genetic disorders that predominantly affect male children.

In this disorder, the muscles of the child deteriorate rapidly, with the condition becoming worse with time. It can eventually lead to the loss of even skeletal and heart muscles, leading to catastrophic consequences. Duchenne muscular dystrophy predominantly affects boys, but it can also occur in girls in some rare cases. The most common symptoms included delayed development in the early years especially in terms of walking, sitting, standing or speaking, all of which require muscular function.

As the name suggests, hemophilia is a condition that is related to blood flow. Essentially, it is the inability to form proper blood clots, due to the lack of some vital proteins in the blood that are responsible for stopping blood flow in case of an injury. It is also a condition that mostly affects boys, as they have one X and one Y chromosome. Hemophilia is mainly caused by a defect in the X chromosome, and since boys only have one set of X, they have a higher likelihood of getting this defect than their female counterparts, who have two X chromosomes.

Perhaps the rarest and the most devastating of three, Hunter Syndrome is a genetic disorder caused by a lack of an enzyme called iduronate 2-sulfatase. This enzyme is vital for breaking down certain molecules in the body, and without this enzyme, these molecules can accumulate in the body and become toxic. Eventually, it can lead to drastic physical changes, organ damage, reduction in mental faculty and more. Unfortunately, there is no cure for Hunter Syndrome, although the symptoms can be managed to an extent.

You can rely on Prenatal Genetics Laboratory for performing safe and accurate DNA blood tests on an unborn child. Our lab is run by research scientists who have decades of experience in human DNA diagnostics. Get in touch with us today to learn about pricing, shipping and other procedures.