News
An Overview Of Klinefelter And Turner’s Syndrome 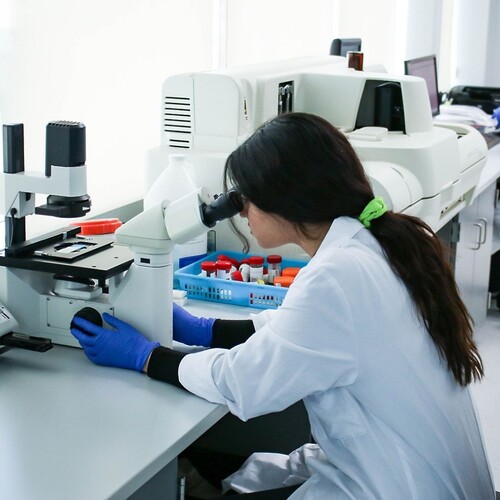 During pregnancy, expectant parents might opt for a variety of non-invasive prenatal tests such as a prenatal paternity test or a test to determine the gender of an unborn child. While the NIPT procedure can tell the latter with utmost accuracy, there might be cases where the test results are inconclusive. One possible cause for this is sex chromosome aneuploidy or SCA, wherein the child has too many or too few sex chromosomes in some or all of the cells, creating patterns such as XO and XXY instead of the typical XX and XY patterns that are observed in females and males respectively. The two most common types of SCAs are Klinefelter Syndrome and Turner Syndrome.

The nature of these syndromes will be discussed in detail below.

Some common symptoms of this condition include the presence of enlarged breast tissue, also known as gynecomastia, weak bones, broad hips, small genitalia that may or may not be functional, delay in puberty, lack of hair growth on the face and body and much more. However, in most cases, the condition is not debilitating and with some hormone replacement therapy and counselling, the children suffering from Klinefelter Syndrome can lead fruitful lives.

Unlike Klinefelter Syndrome, women and children suffering from this condition might need constant medical care as it can cause a few health complications. Some common symptoms include delay in growth and puberty, cardiac problems, infertility, irregular menstrual cycles, and can even lead to loss of vision, hearing and a bevy of autoimmune diseases.

Ultimately, with a basic knowledge of these two syndromes, expectant parents can be better prepared to care for their children who might have these conditions.

A leader in the field of prenatal medical diagnostics, Prenatal Genetics is run by highly proficient research scientists who are pioneers in this department. Our major services include non-invasive prenatal paternity testing as well as gender-determining blood tests.

Furthermore, with a significant $100 price drop on our NIPT blood tests, it is now the best time to get the tests done. Contact us today for more details.